Born with a bicuspid aortic valve, diagnosed when she was just six weeks old, Jo always knew that one day she might need a heart valve replacement. Thirty-seven years later when that day came, Jo took the initiative to research available treatments and pathways that would enable her to lead a full and active life.

To monitor her bicuspid aortic valve, Jo had annual echocardiograms. Every year the results showed no signs of severe deterioration and Jo, who took regular exercise and as a hairdresser spent most of her working day on her feet, felt fit and healthy.

However, when Jo turned 30 her condition also took a turn for the worse; and the hospital advised that she would need a heart valve replacement. They also pointed out that this would have a major impact if Jo was considering having a family.

As Jo explains, “They said if I wanted to have children, I needed to get a move on and have them sooner rather than later!”

The reason for this new and unexpected time pressure was that, as Jo was young, the hospital intended on giving her a mechanical valve replacement when the time came. Mechanical valves rely on the use of warfarin, which poses a serious risk during pregnancy.

Heading medical advice, Jo became pregnant. But then, following the results of her echocardiogram at around 20 weeks into her term, the assessment from the hospital changed dramatically.

Jo recalls, “They completely freaked out. They said I’d be lucky to make it to the end of the pregnancy. And if I did get to the end, I wouldn’t be able to have any more children.”

Luckily, Jo was transferred to a specialist team at a London hospital, who had experience with Jo’s condition and pregnancy, and five months later Jo gave birth to her daughter.

One year later, when Jo wanted to try for a second child, the team at the hospital said am option could be to intervene early with a tissue valve replacement, that would not affect the pregnancy.

However, as Jo felt fit and well, she decided to forego early intervention, became pregnant once more and gave birth to a healthy baby boy.

Following the birth of her second child, Jo felt well and healthy and continued her active life as a typical busy mum. Then, around the time of her son’s third birthday, Jo’s health began to decline, as she started to feel exhausted then later on getting breathless.

Following tests, Jo was told that she was going to need a replacement mechanical heart valve within six months.

Owing to Jo’s young age, a mechanical valve had always been the proposed option. However, from her pregnancy, Jo recalled there were other options and so began to do some research online. This was when she discovered there were aspects of the mechanical valve that might not suit her lifestyle.

“I saw mechanical valve patients on YouTube demonstrate how their valve made a ticking sound,” Jo recalls. “This was something that bothered me quite a lot, as I like total silence when I sleep”

Jo also had concerns about using warfarin. “I was worried about how this might affect my quality of life. I also read that migraines can be a sign of blood clots. And as a migraine sufferer anyway, this might be difficult to manage.”

Jo was also mindful that she had an active lifestyle and, working as a hairdresser, was exposed to getting cuts. “Waiting twenty minutes or so for a cut to stop bleeding wouldn’t be ideal!”

Whilst there may be pros and cons between heart valve types Jo decided that, “for me, personally, when I read about the tissue valve, I felt that was the way to go.”

Discussing her choice, her surgeon agreed. Jo was aware that at some point in time she might need another new valve but, as the surgeon pointed out, treatments and procedures are always advancing and could easily change by the time Jo might need another replacement.

Jo had her operation on 12th November 2019 and returned home five days later. In preparation, her husband was able to take time off work to look after the children and take care of the school runs.

What’s are Jo’s top tips for preparing the home for a return from surgery?

“A recliner chair for the front room was a godsend, I even slept on it for the first four weeks. Also, small things like buying single-pint milk bottles to avoid lifting anything heavy makes a big difference”

Within a week Jo was able to leave the house, going out for a three-course lunch and a little shopping.

Jo’s main active goal was being able to attend Christmas activities with the children. “My daughter had thought that I wouldn’t be able to go to her nativity. But I was determined to try and make it.” 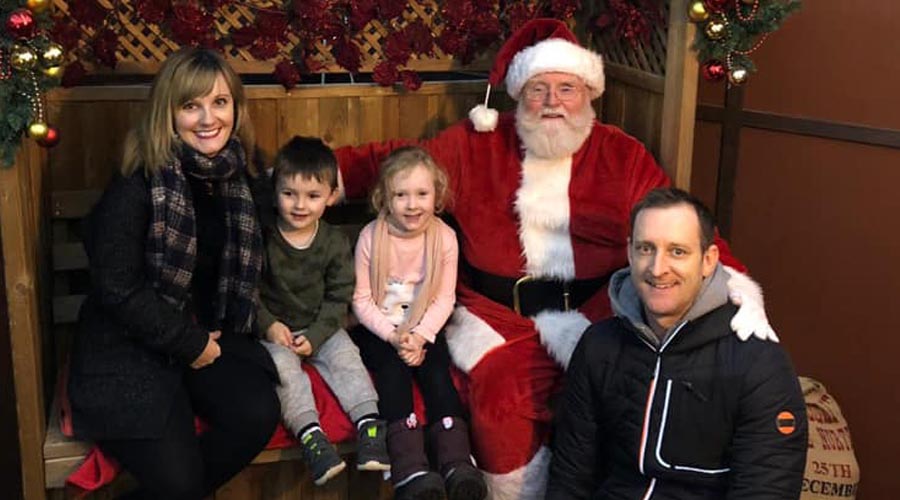 Just two and a half weeks after surgery Jo was not only able to watch her daughter’s nativity, she also arranged a family trip to go and see Santa.

Fast forward four months and Jo has completed her cardiac rehab and has been told she can even go back to her exercise classes – fantastic progress for this busy working mum.

Says Jo: “My recovery has gone so well. And I’m really glad I took time to research what was the best pathway and course of treatment for me and my lifestyle.”

Have you got a story about recovering from heart-valve surgery? Why not get in touch and share it – we’d love to hear from you.

You may also find this interesting